11 months down, one to go and I’d be lying if I said I wasn’t counting. I’d be lying if I hadn’t already converted this last month of work into just 4 more hour-long weekly teacher meetings in an attempt make the time ahead of me appear less of a hurdle. The excitement of getting back on the bike is all too much.

China has been an experience as polarised as Jekyll and Hyde. There has been a lot to complain about and the longer I stayed in Chengdu, these problems built up and turned into quite nasty cynicism. The pollution is a serious problem and there are days when I seriously wondered what living here is doing to my health. The man-made poor visibility outside on seriously polluted days can stop the idea of a spontaneous bike ride in its tracks. A good documentary on the current issue of pollution in China can be found here, by the way; it lasted a week before being taken down by the censors. On that point, the constant censorship really has been infuriating sometimes and really tested the limits of my cultural relativism, even with a VPN, which never runs perfectly.

Yet whenever I made it out of the city that cynicism left me and I fell back in love with this country that never ceases to amaze. There was that time when we found an old teahouse that seems to have been untouched by the ceaseless development you see in Chengdu. Its walls were still covered in old Mao-era propaganda posters, harking back to an era when when ideology was still the driving force of the worlds biggest country. Another time we discovered that we could be cycling up mountain switchbacks after just a 60k ride from the city centre, which made Chengdu really feel like it was a fantastic base for those who want to escape into the mountains at a moments notice (notwithstanding the pollution, obs). On my most recent jaunt into the countryside, during the ‘Golden Week’ national holiday, the friendliness and hospitality we received was second only to that I experienced in Turkey. No-one refused our request to camp, and people bent over backwards to ensure we had everything we needed, especially tea. It was this overwhelming ‘nice-ness’ of everyone in the countryside that made me see China through the rose-tinted lens of a ‘Good China Day,’ in which everything suddenly seems amazing and you can’t believe you’re lucky enough to have the opportunity to this country for a whole year. 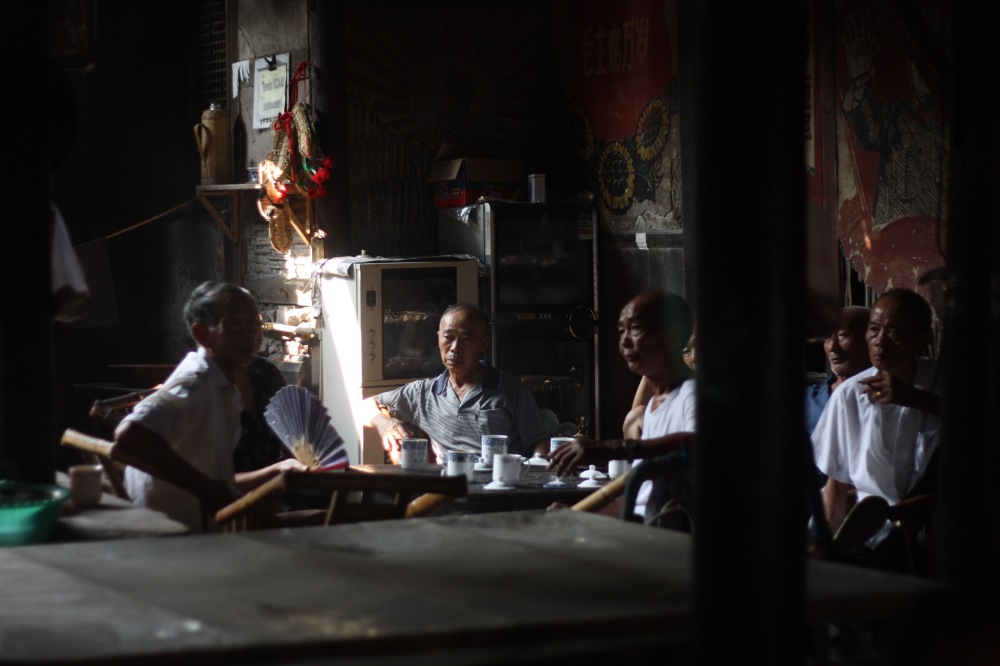 I have to admit that my inherit laziness does affect the port-mortem of my time in China. This year started on over-inflated good intentions that were quickly burst by an uncomfortable winter and my rediscovery of television.  After a year, the list of things I have done in Chengdu is much shorter than the list of things I had originally meant to do, even though the picture of me doing Tai Chi in some park each morning was laughably unrealistic. I have learned a bit of Chinese but, as my learning coincided with my general priority of ‘eat everything, twice’, it is safe to say that I am fluent in Restaurant rather than Mandarin. The size of my waistline testifies to that. Meanwhile, I can count the number of bike rides I did on one hand but for that I at least have the excuse of pollution.

That said, the main reason I stopped in Chengdu wasn’t to ‘experience China’ but to save money. That has been achieved and, with my bank balance topped up, the road from Chengdu will be so much longer than road that took me from London to here.

Mountains. I don’t want to miss out on returning to the Western, Tibetan part of Sichuan I visited during Chinese New Year but this time by bike. My timing is slightly off as I’ll be riding at 4000 meters in November, but there you go… I bought myself a better sleeping bag. I will be following the infamous G318, the road that hundreds of Chinese cyclists take each year form Chengdu all the way to Lhasa (there’s another good film about this, too). I’ll take that road to the Birthplace of the 7th and 10th Dali Lamas before heading south, through Yunnan and into the tropics. As the distance from Chengdu gets longer, my plans get vaguer and from there my intentions turn into a list of countries: Vietnam, Laos, Thailand, Myanmar, India, Nepal, India again (maybe). The latter few are dependent on the political/security situation and the whims of border guards.

After this, the list of countries in my head no longer forms any chronological order of intention but a range of options. After a year living in the world’s most populous country followed by cycling through the world’s second, the idea of being away from people may be overwhelmingly tempting, so cycling across the Australian outback might be what I do. There’s also the appeal of Japan, Korea, and Taiwan. New Zealand will definitely make an appearance and, after all that, I have an idea to go on a bike ride on the other side of the Pacific Ocean. But that’s probably a decision for 2018. 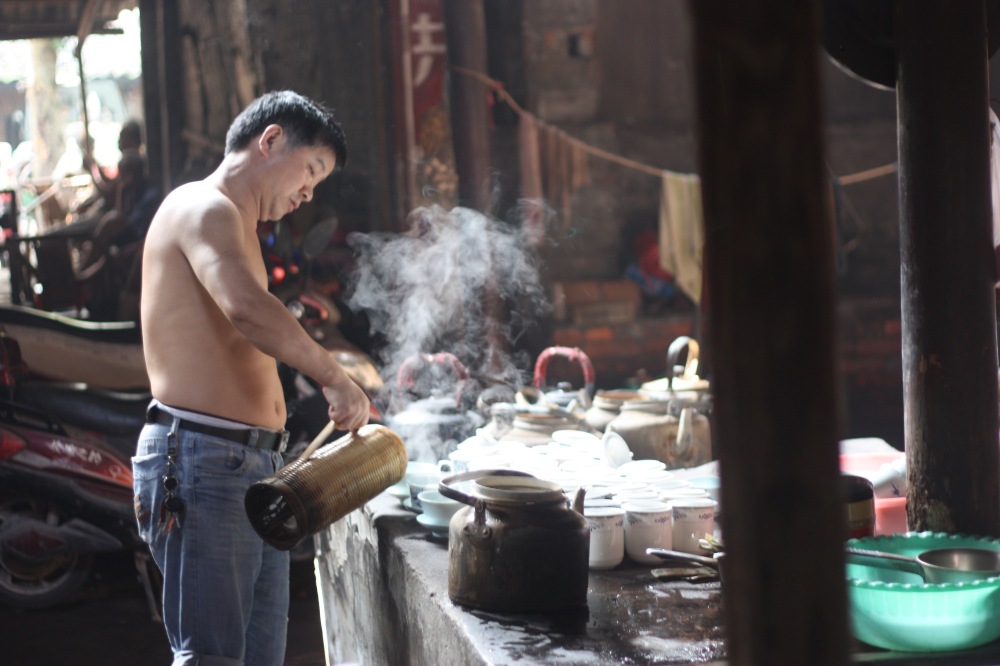 My immediate concern is that, in a matter of days on the road, I’ll be cycling at 4000 meters above sea level. The last time I rode at this height was after 6 months of cycling every day; this time it’ll be after a year of eating as a hobby. Given the muscle pains after the brief 3 day trip I just did, I’m a little nervous. On the other hand, if cycling to China taught me anything, it is that the process of actually riding a bike long distances is pretty straightforward: you pedal until you get a bit tired and then you stop. Next, you eat something and get back on the bike if you feel like it, otherwise you find somewhere to sleep for the night. Gradually the time it takes for you to get tired gets longer and that, in a nutshell, is how you cycle across continents with no prior training and after eating too many dumplings.

Judging by the the short excursions from the city I managed to squeeze in over this past year, I have a hell of a lot of ‘experiencing’ China ahead of me that will overwhelmingly compensate for whatever shortfalls there have been by being stuck in Chengdu.

It’s been a mixed bag; now it’s over and the adventure, I can finally say, is back on.