Can you have too much of a good thing while on a bike tour?

I know for certain that there’s no such thing as too much food: when you’re pedalling for months and your metabolism is on overdrive you can eat whatever you want, twice, with few consequences to your waist line. This only raises the chicken-and-egg-like quandary as I, knowing my own excessive habits and perspective of eating as a rather enjoyable pastime, can never decide if I eat in order to ride or if i ride in order to eat as much as I do.

But what about being able to soak yourself in a balmy natural hot springs almost every day, often for free, and often overlooking some beautiful showcase mother nature has curated that could could turn the most ardent climate change denier into a yoghurt weaving tree-hugger. Can you ever have too much of that? 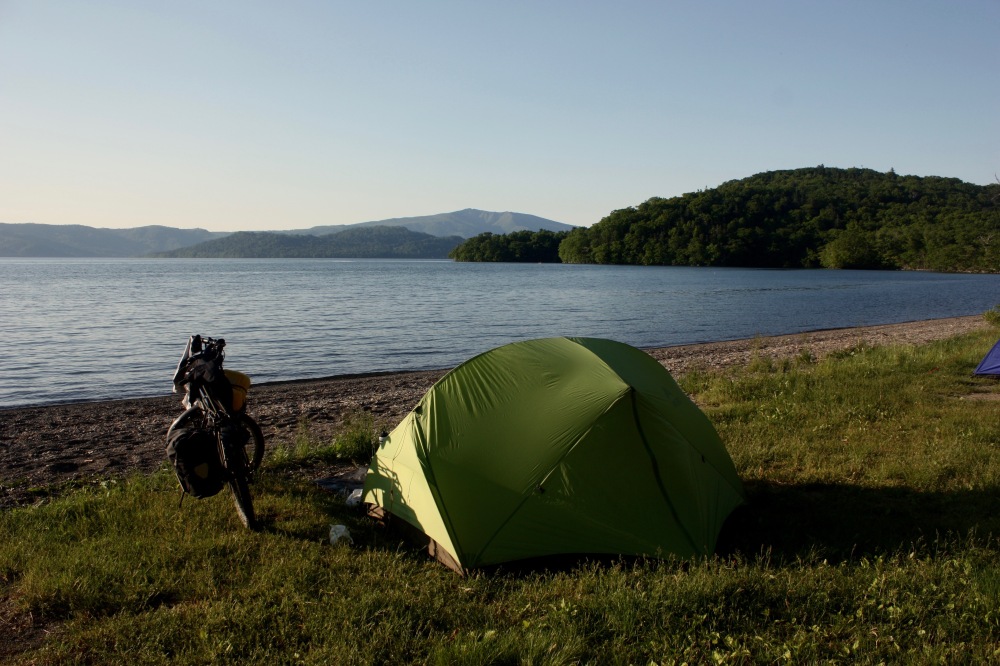 I feel like I answered this question after one month bike touring in Hokkaido, Japan’s most northernly island and my final chapter in the Land of the Rising Sun.

Now, I say bike touring; but to use that term to describe the past few weeks comes with its own caveats. It’s certainly been different to the more adventurous riding I have done previously on this trip, crossing bleak deserts and epic mountain ranges. This last month has involved far easier days on the saddle and doesn’t smell nearly as bad as those other chapters; how could it when what determined the end point of each day was the presence of an onsen.

Before I set out alone, Kat came to visit. This was something that came out of the blue, and was planned in a few weeks and by god was it worth it to it to ride with someone you really know. I didn’t read a single page of my book during that week as we did a mini tour around Hokkaido’s mini-Fuji: Yotei-San, and the stunning lakes that are close to Sapporo, I was too busy catching up.

I then did a clockwise loop, via (Diasetsuzan National Park and Lake Kushiro Ko, up to the Shiretoko peninsula and back down along the south face of the mountains that dominate the centre of Hokkaido. It was three weeks of easy rides that, before ending near an onsen, took me on quiet, wide roads you’d only dream of in Honshu. These went over manageable mountain passes between smoking volcanoes, around stunning crater lakes, and along coastlines, paddy fields and cattle pastures. Everyone I met was amazing and a little too insistent on sharing their booze at the countless free campsites scattered across this island, or at least that’s how I felt some mornings. Hokkaido has been the crescendo of Japanese awesomeness. I too often develop a cynicism about a place if I am there for a while, as you start noticing irritable problems. I’ve been in Japan for almost three months and this just hasn’t happened. I cannot think of any other place that I thought was as nice for exploring by bike as, well, Belgium. 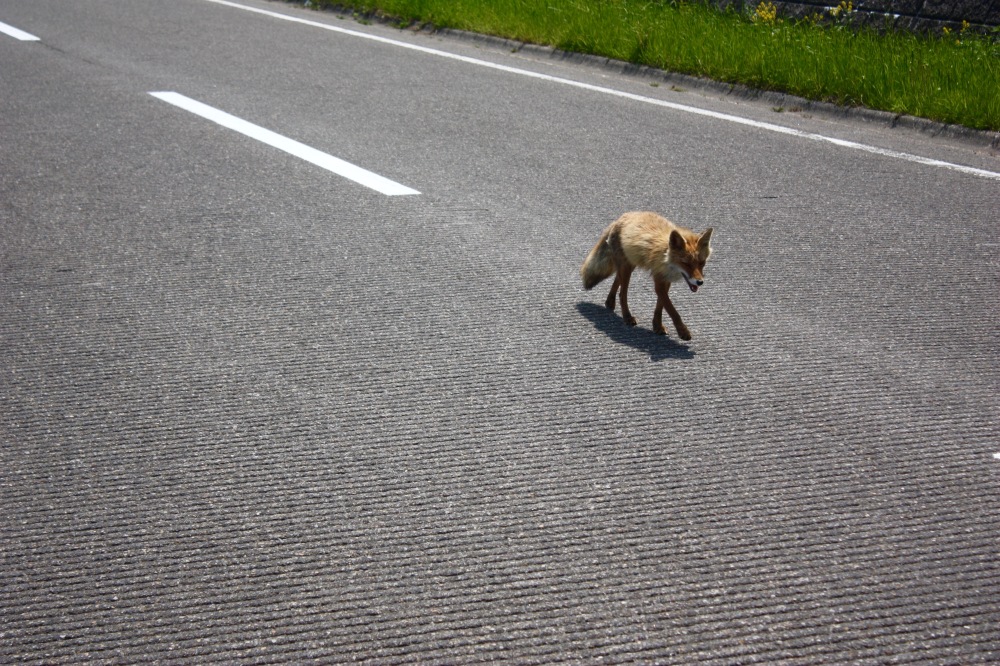 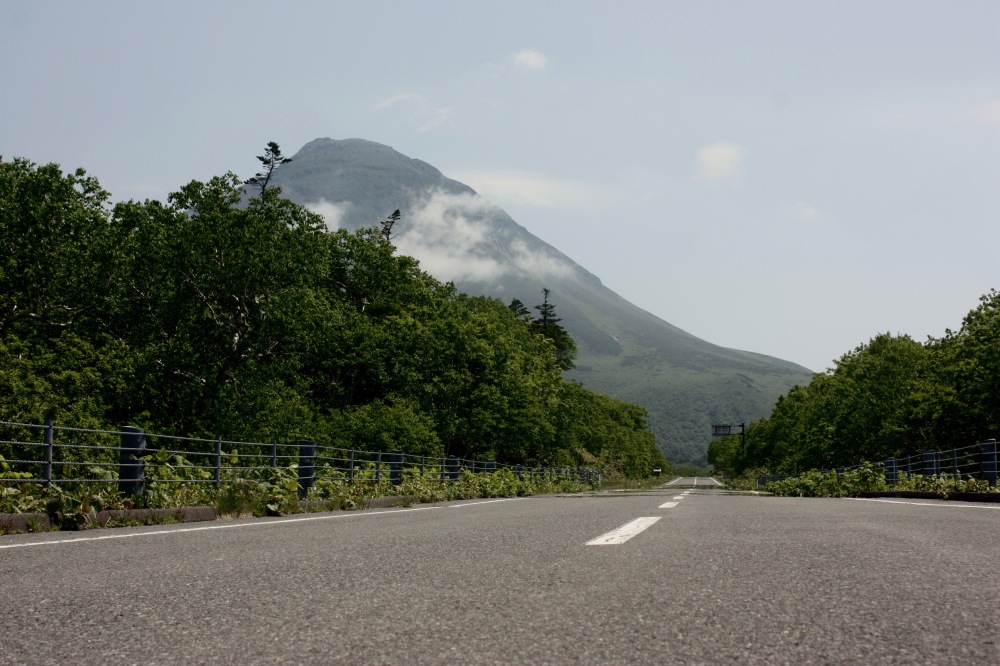 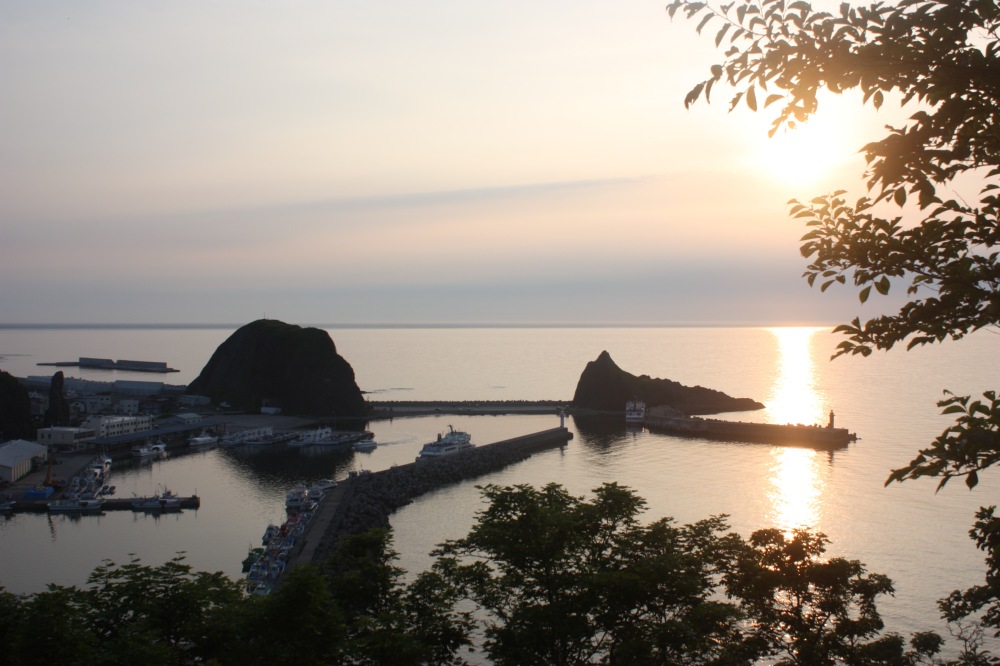 And therein lay the only problem. I was getting a little bored of having such a jolly nice time and too much of a good thing.

With an increasing sense of frustration with everything being so easy, I took a detour onto the gravel tracks that crisscross the forrest covered hills and half a day later I came out the other end, just 15km later, filthy and exhausted. The road was being slowly reintegrated into the forest, meaning I was pushing my bike over landslides and fallen trees as much as I was pedalling. At the end, as I chowed down on the first ever pack of instant noodles that has ever deserved the adjective “mind-blowing”, I couldn’t have felt happier. This was exactly what I needed: a little bit of self inflicted suffering (aka: a bit of an adventure) to balance out all the niceness and ease of this country.

And that little ride put things into perspective: the timing of what is coming next is perfect.

Japan deserves it’s title as the nicest country I have cycled in. It’s amazing roads, its curated countryside, and epic natural beauty that offer any traveller mountains, rough and rocky coastline, Mediterranean beaches, and serene lakes. Between all this natural wonder is a culture that never ceases to fascinate and pleasantly surprise. Cities are pristine, food delicate yet filling, and I never got bored of the sight of a bright orange Tori Gate (or a convenience store). Three months has passed all too quickly. But I was eventually craving something more of adventurous and challenging but where any reward is well earned: more like that forest track and dead end abandoned road.

I’ve had my holiday; now it’s time for something a little different.

2 thoughts on “#Treatyoself to Hokkaido”