Ride for 120km and I dare you to say that spaghetti, frankfurters, and green beans as a one pot dish isn’t delicious.

I had this wholesome concoction yesterday as I make my way south across the Great Hungarian Plain towards the Romanian border. It’s pretty reminiscent of your average bike ride through Norfolk: flat and rural but there’s also a distinct feel to the south combines a rural quirkiness with a living museum of the Soviet Union’s engineering marvels. Or to put it another way, there’s more Ladas and horse drawn carriages. 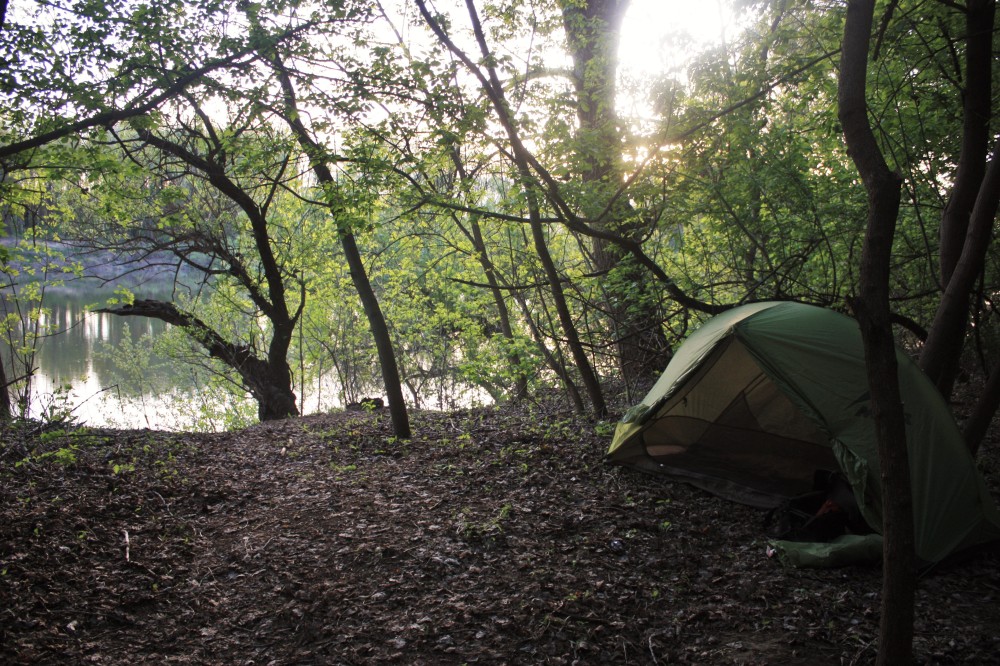 The only bad thing is that bikes are not allowed on main roads, which are often the only way to cross rivers. This has led me to more imaginative alternatives:

In spite of keeping the miles down to below 100K a day, leaving plenty of time in the day for other endeavours than cycling, I still have not necessarily figured out the whole eating/cooking business. After a day’s ride my perception is that I am consuming fuel rather than food and, as a result, the dishes I cook up serve the purpose of meeting dietary requirements rather than for taste. There are carbs, protein, and some sort of veg to make it all OK and healthy…ish.

I started this trip with the best of intentions. One of the four panniers on my bike is filled with a mobile kitchen that would allow me to be quite imaginative, as long as you can make it on one burner. I even bought a cookbook that was aimed those on bike tours. Yet so far as soon as I finish a ride all I want to do is eat and I want to eat as soon as possible. As a result I’ll admit the end result usually includes are dishes such as spaghetti, tuna, and sweetcorn or spaghetti, pre-made chilli in a can, with some raw carrot. It’s always “spaghetti and…” because the long, straight pieces of pasta fit best into my panniers.

But it’s not all gastronomic doom and gloom. While what I am able to cook remains limited, riding a bike all day means that there’s no limit to how much of it I can shovel down my gullet. Nutella basically becomes a food group and I have been in a café and ordered the same thing twice if the first portion (a main course) wasn’t quite filling. Given my tendencies to eat as a hobby rather than as a necessitity this is a rather splendid state of affairs. And in spite of all this hedonism the trousers I took with me now require a belt to stay up.

At the time of writing I am having a half day off to do some life admin (like write this) and plan where on earth I am going to go in Romania before crossing the border. As such, I thought I’d at least try and make something a little nicer, and here’s a chopping board full of veg to prove it.

But don’t worry, there’s a tin of tuna and sweetcorn ready to be opened for tomorrow.