I think the girl at the Bottle-O probably regretted saying “How ya goin?” to me, as I proceeded to give her a lengthy detail of the last 24 hours, why I was in Darwin, and what I was about to begin. Even after spending a year teaching Chinese kids that “How are you?” in the UK isn’t actually a literal request to share how you actually are feeling, I couldn’t help myself after arriving in a country where a proper conversation can be easily had and the language barrier is nothing more than a couple of shortened nouns that end in an O.

A bottle-O is an off-licence, by the way. Case in point.

Australia: Country number 24, continent number 3 and yet, after two years spent in varying levels of confusion throughout Asia, it felt like returning home: I could understand everything and everyone, the supermarkets were stocked with things I knew how to cook, and there was a familiar looking woman on all the money.

And then I left Darwin and as I make my way to Katherine I’m learning that this country was nothing like what I expected.

There’s something in the Outback: I’d assumed there would be a bleak nothingness akin to the Karakum Desert in Kazakhstan that would be as boring as it is empty and yet the opposite has been true. So far it’s been beautiful, varied and so far nothing has seemed even slightly interesting in killing me. Even the road train drivers give me a wave and a courteous amount of room as they and their three trailers pass. 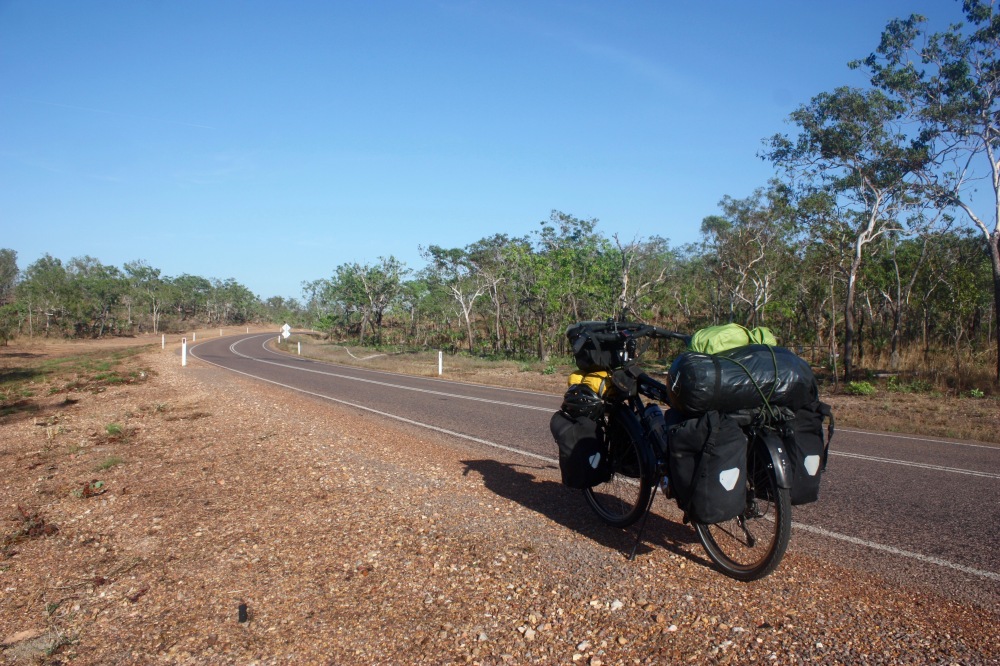 There’s just one small inconvenience, and that’s the wind. I was warned, but not warned enough. It’s a headwind that blows every day and turns what should be an easy ride over relatively flat terrain into a 5 to 6 hour slog. It’s a bit of a shock to the system after a very leisurely time in Japan and my legs have been screaming “What on earth are you doing to me?” every morning.

But they’ll get used to it. They’ll have to, because after Katherine things are going to get even more interesting.