Unzipping my tent revealed one of those insta-worthy views you could get from the tent porch. Green, Blue, and White: the tricolour of the mountains. Grass in the foreground, below snow-capped peaks shoot up into brilliant blue sky. Next to my camp was a stream of crystal clear water that was running of a glacier upstream and the trickle of that water was the only sound you could hear.

That, and the sound of me vomiting.

I was crossing the Cordillia Blanca for the fourth and final time when my stomach decided it liked the view so much it wanted to stay and do a little detox. Usually when my stomach makes these choices I’m able to find a hotel and wait it out with the comfort of internet and plumbing; but half way up a mountain, in the middle of a national park with no infrastructure nearby, the only option I had was to throw up the tent before I threw up the remainder of lunch and wait it out.

The next 24 hours passed horizontally and as I lay there, in between podcasts, I thought how a photogenic view like this rarely tells you much about the experience behind it. The supposed joys of travel are scrupulously curated in our minds, (and in this blog); scenes like this cause some sort of amnesia in which so many aspects of real life are forgotten in the narrative of travel. Yes, I’ve been able to camp in beautiful locations, but the montage you could imagine of unzipping the tent to reveal various stunning locations, be it Uluru or Peru’s sublime mountains, doesn’t tell you the whole experience of life on the road. In that same epic scenery, the uncomfortable and mundane also take place: you may shiver and wretch from food poisoning; you clean your teeth and bury your own shit with a nearby rock every day. Life goes on, no matter what the backdrop.

The next day I was able to pick myself up and get over the other side into Huallanca, where I rested up before entering the next set of mountains, the Cordillera Huayhuash. Though it covers a much smaller area than the Blanca, Huayhuash compensates for its small size with its concentration of peaks, packed into a small area that look damn fine. 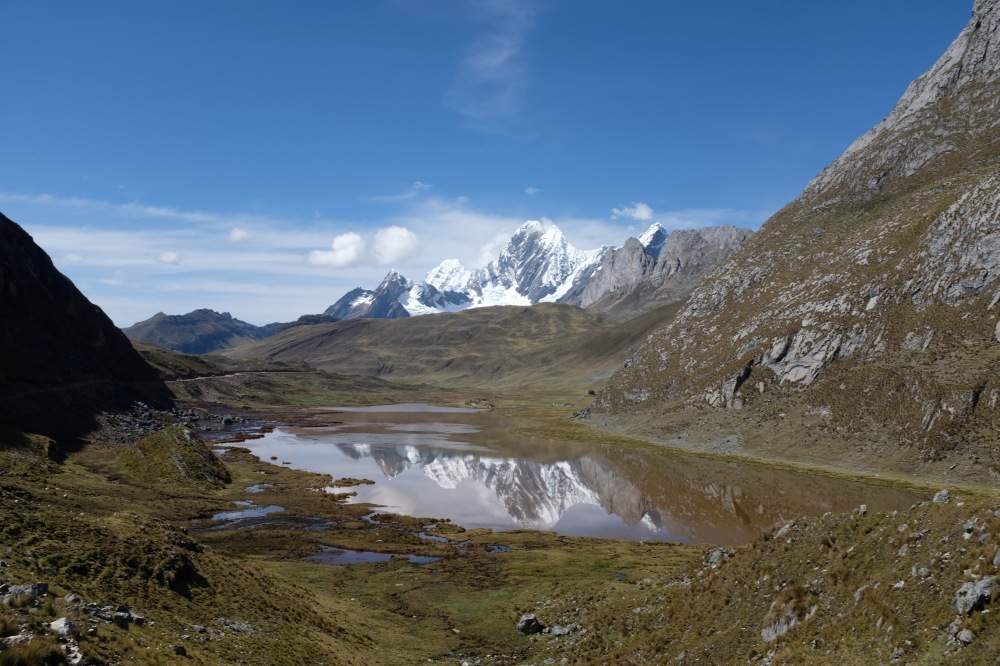 My ride through Huayhuash involved dirt roads, single track, no track at all, and some increasingly stunning lakes to ride by, all with the peaks of Cordillia Huayhuash in the distance. After my initial experience pushing my bike along the grassy valley when any trace of a track disappeared, I opted for the dirt road around the park. The hiking track is apparently rideable, but I’d definitely enjoy it more with a lighter setup. I prefer the continuous flow of traffic-free, uninterrupted riding that dirt roads offer you instead of the stop-start, ride for a few meters then get (fall) off and push type of riding that I’d probably have to do if I continued along the hiking trail. This road still offered a glimpse of some of the best peaks Huayhuash has to offer, but also revealed a little truth about Peru. Near the top of the final pass I’d climb I arrived at a mine that’s wire fences obstructed the view of peaks that could otherwise be worthy of national park status. 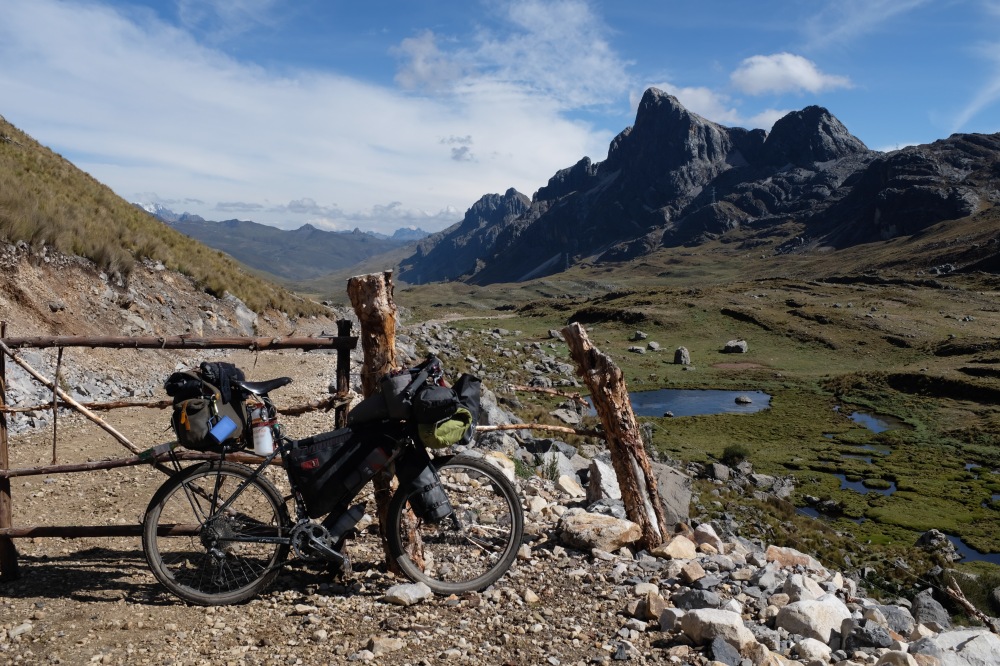 This mine is probably only one or two kilometres as the crow flies from the hiking trails of Huayhuash’s eastern face, but it is completely hidden in the contours of the land and the tourists enjoying the sublime beauty of the place would never know it was there, or get any clues something like that was so close. The contrast is stark, yet a good summary of Peru’s economy: On one side of the mountains lie untouched nature, where tourists flock to escape into what seems to be wilderness; on the other side to the hill to where words like ecotourism are used, the same mountains are being cut open and the insides pulled out. 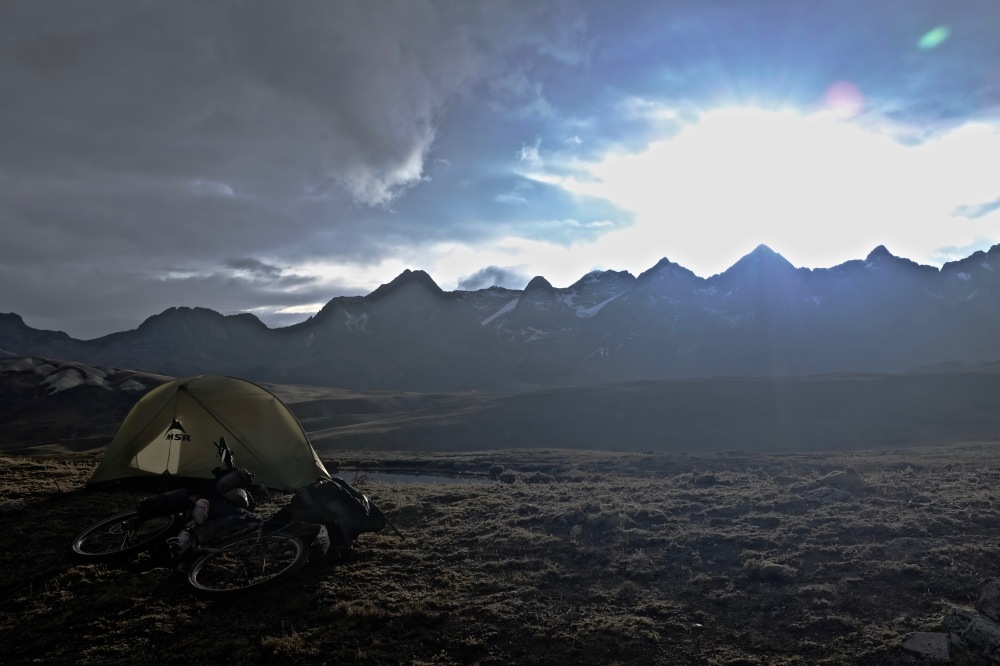 This tended to be the pattern as I continued southwards along the Peru Divide route, in which a 2000 meter ascent had become a day-in-the-life. The virtually traffic free dirt roads that I followed were all created to service the mines, and if offers an interesting contradiction. The very roads that make Peru such a popular cycling destination are created by the industry that often scars the landscape. Like in Huayhuash, tourism and mining are closer than you think.

One thought on “Beyond The Blanca”