The jeep tracks tell you where to go, but they are also your worst enemy.

They tell you where to go on an otherwise unmarked, roadless landscape. The rusty red iron hills give the whole place a Martian feel and, thanks to the thick sand and corrugations the jeeps make and the afternoon south-westerly gales, I’m often reduced to a crawl along the surface, going as fast as rover sent from earth.

It could have been worse, though: at least I had ditched the panniers.

I began the infamous Las Lagunas route in Bolivia’s wild SouthWest with my bike packed to its absolute limit with food: I have five days. It’s a far cry from what I was able to haul with the traditional, four-pannier setup back in Oz. Instead of trundling along with almost a fortnight’s worth of food, three days’ worth of water, and the hope the bike wouldn’t fall over (I didn’t think I would have been able to stand it up again), I’m now set up to ride fast and light, with the plan to reach gringo enclave of San Pedro de Atacama just in time with empty bags and an appetite for something that isn’t instant mashed potato. Nine litres of water would keep me going between opportunities to resupply with slightly saline water. I shove a few slices of lime in the bottles to help mask the taste. This set up proved to be ideal for this route; I rarely had to get off the bike and push. 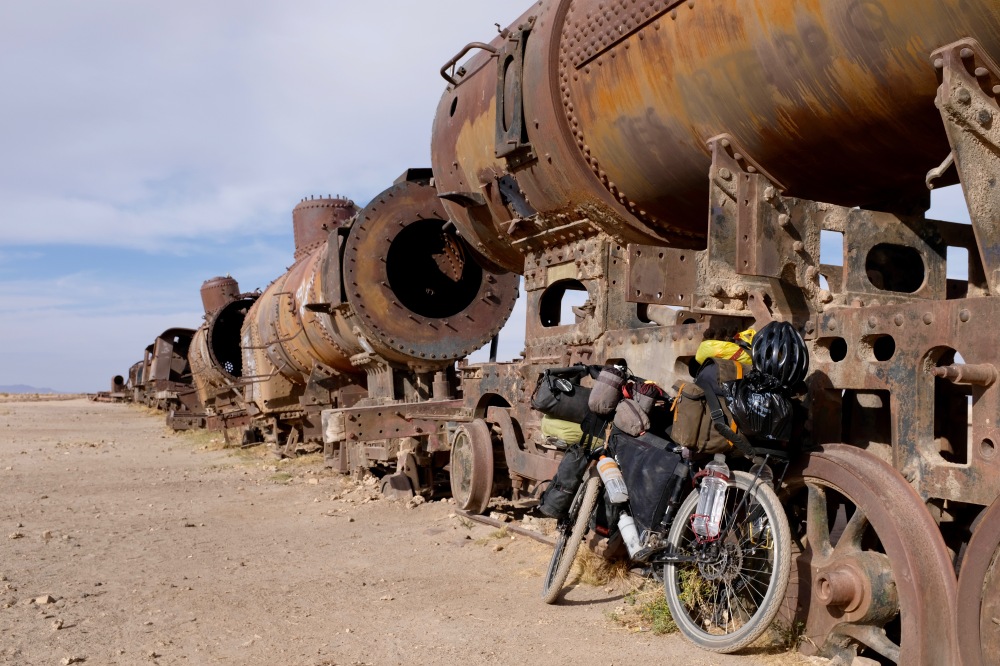 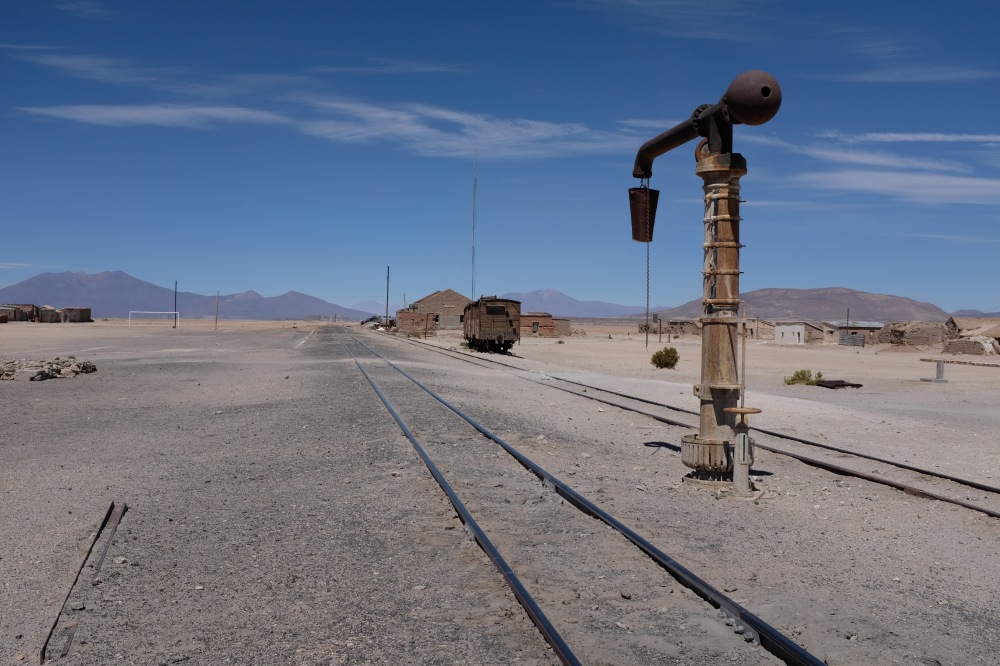 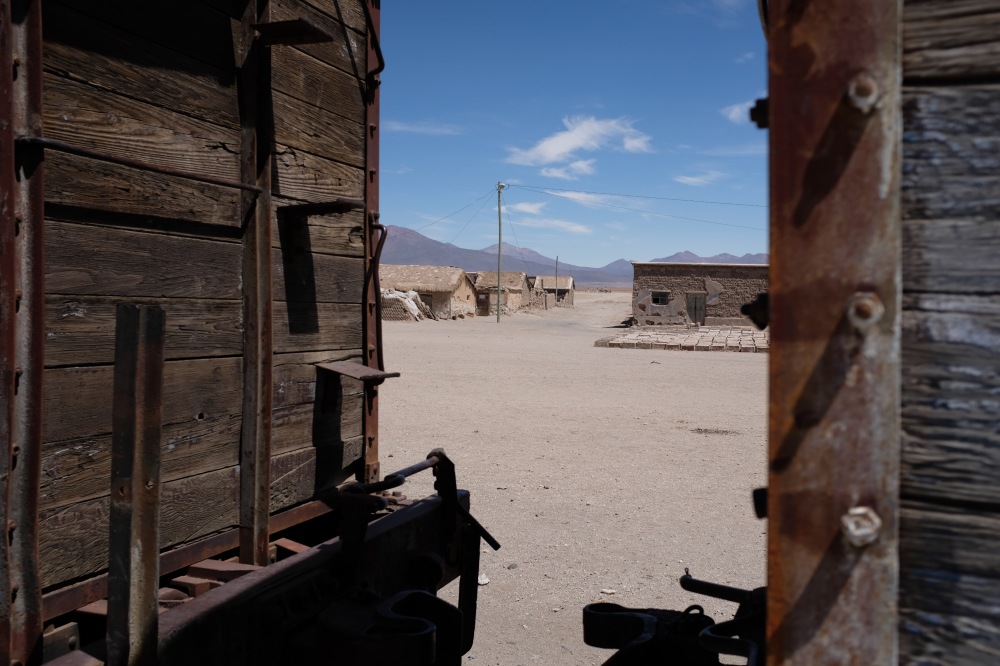 After a day and a half following railway tracks between relics of Bolivia’s railway heyday, the Lagunas route begins easy enough with the flat white of another Salar. I follow tyre tracks to another abandoned village, one of many that seem to be typical of the altiplano. This one is occupied by some very bored looking soldiers, peering out towards the Chilean border.

As soon as I leave the salar and begin to climb a mini-pass, the road deteriorates quickly, with deep sandy sections, corrugations, and big rocks blocking the way. This route has a reputation for merciless roads and a lot of bike-pushing, and this road destroys any false sense of security the salar gave me. 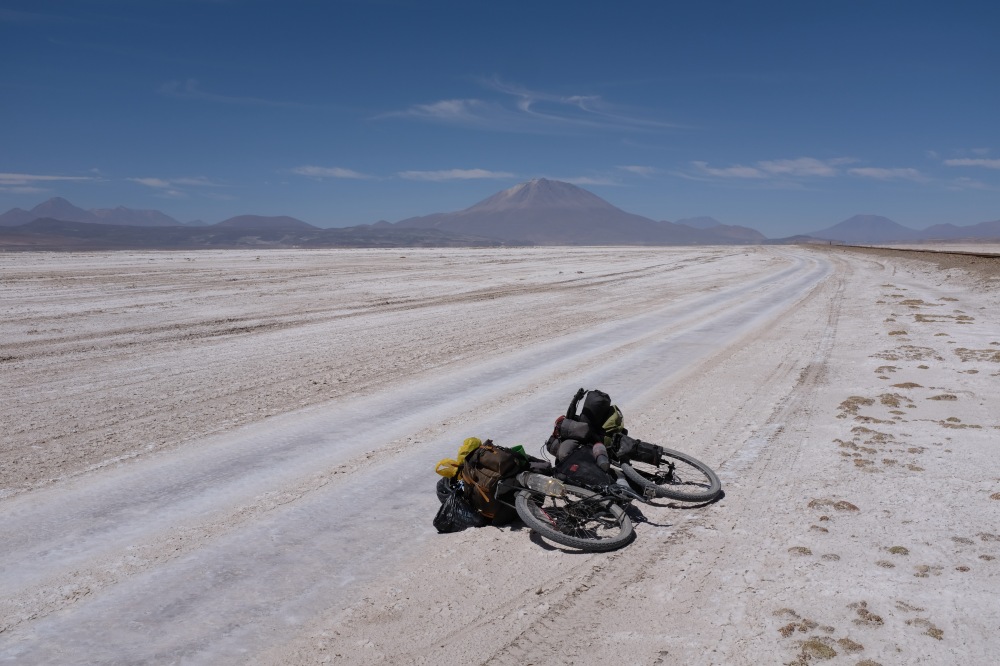 Over the next few days, the route continues through even remoter parts of the country that bursts with colour: red-orange mountains in the distance and bright blue lakes populated by flamboyantly dressed flamingoes in the foreground. It’s all too easy to say the pictures don’t do it justice. 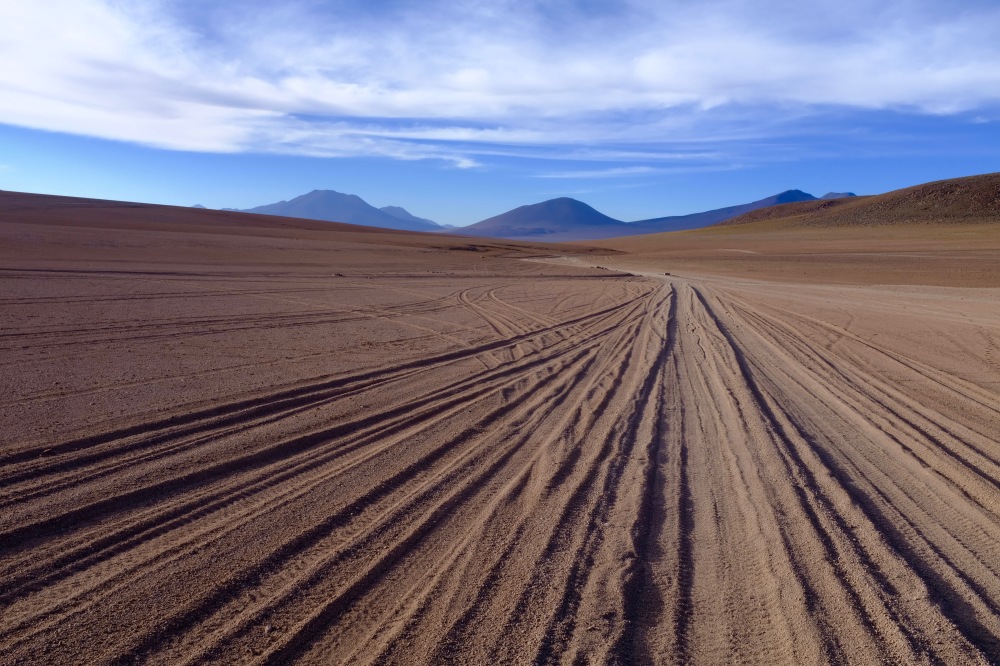 The pictures don’t do it justice, but I don’t just mean this in the traditional sense. They don’t do it justice because they don’t include the invisible barrage of wind that hits you every afternoon. Get a fan, turn it up to hurricane mode, and point it right at your face if you want an accurate, 4D simulation of Bolivia. I’d wake up at 4am in order to get the distance done and find some sort of shelter to camp before the winds got too bad and I’d recommend this approach to anyone thinking of doing this route. If it’s a choice between cold and wind, I’d always opt for the former because you can dress and prepare for it. I fill my saucepan with the water I need for porridge and coffee the night before as all the other water in bottles is frozen before sunrise and I begin the day wearing every item of clothing.

Then it’s the golden hour: the colours of the hills are amazing in the early morning light, my belly is full of porridge, and my mind buzzing on coffee. It comes to an end when I’m able to switch my warm clothes for clothes to protect me from the Sun. 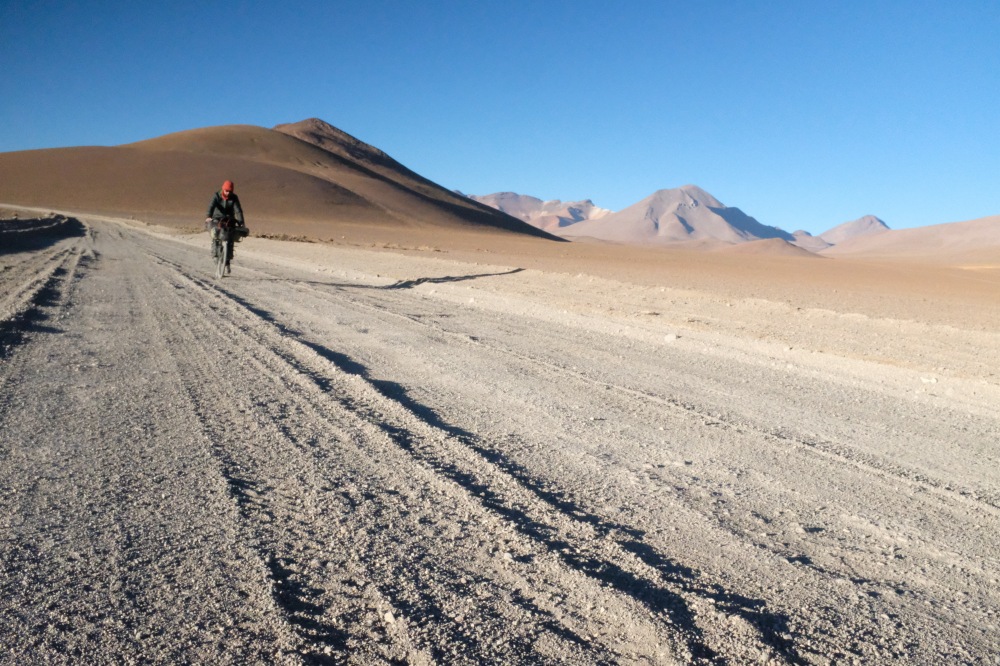 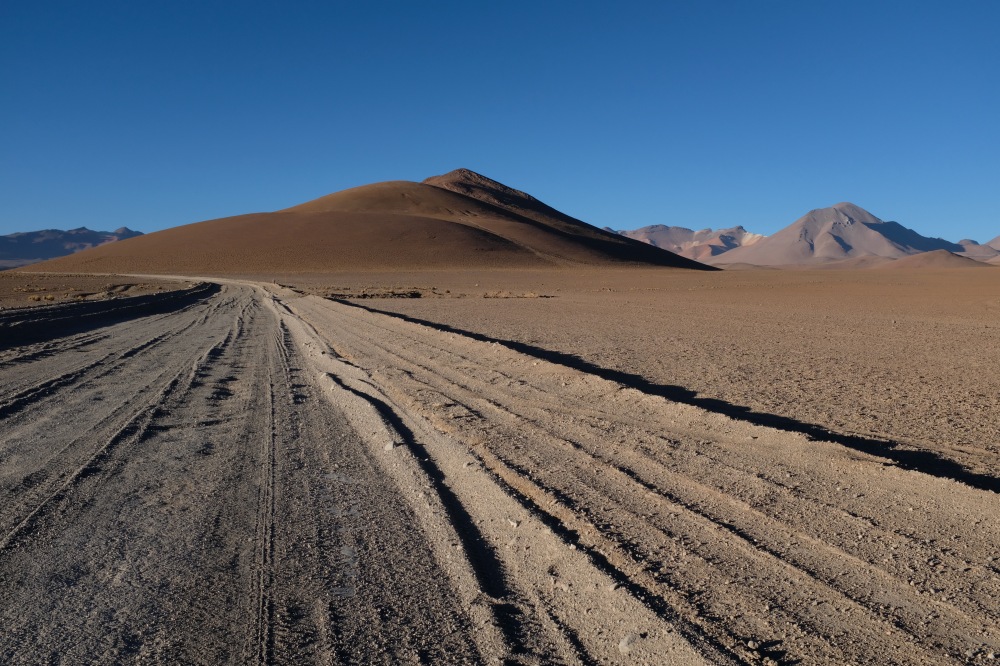 The arrival of the tourist jeeps also takes place every day like clockwork. I am completely alone most of the day until I see clouds of dust on the horizon. Jeeps then will pass by for the next hour or so. Yes, they kicking up a storm of dust but they are also an excellent source of water and food that isn’t instant mashed potatos or stale bread. Use them to your advantage.

I am rewarded on my fourth and final night with hot springs overlooking another high altitude lake. I arrive early and spend the entire afternoon soaking in the hot waters with a 2-litre bottle of coke, enjoying the last moments of the Bolivian Altiplano before one more morning of riding and the descent to San Pedro over the border in Chile. It’s an amazing send off from a country I I look back on most fondly out of all in South America and will undoubtedly come back to explore, hopefully on a bike with bigger tyres.

7 thoughts on “Life on Mars”